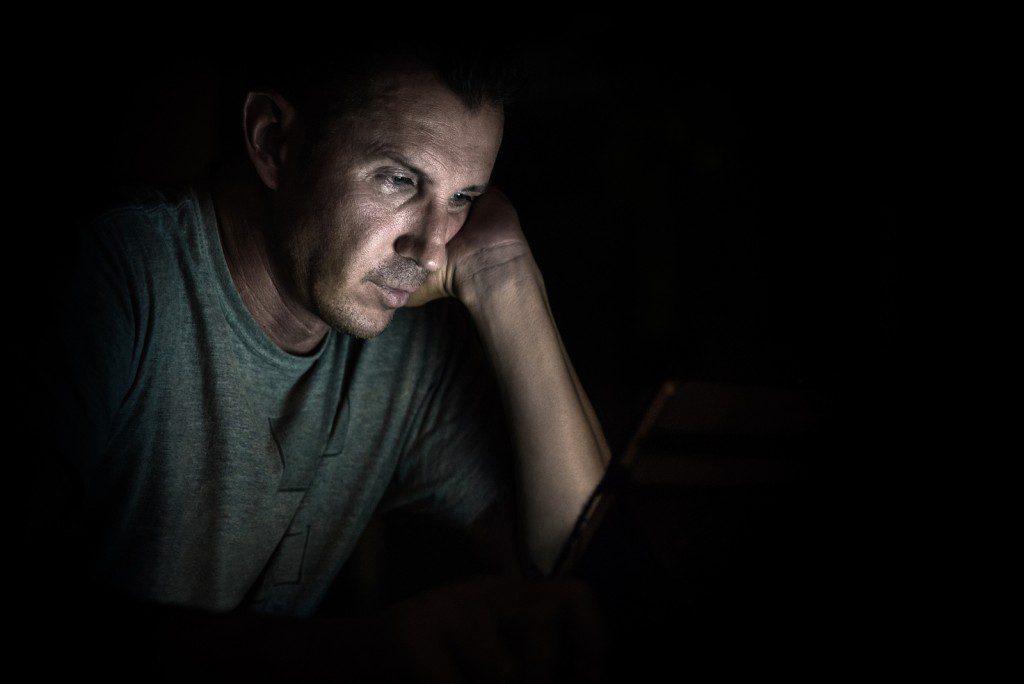 This is the third in a series of posts addressing education on and recovery from pornography addiction and betrayal trauma.  Please send questions that you have to [email protected] To see the previous post in the series, click here.

“My spiritual armor was never complete until knowledge about fighting addiction became a part of my life.”

When I was a 24-year-old new mom I caught my husband looking at pornography on our computer for the very first time. I didn’t know anything about pornography addiction. The Internet was brand new.  Who knew this smut even existed on this thing called the World Wide Web? I naively believed him when he told me it was a two-month problem.  It never even crossed my mind that he could be an addict. I had absolutely no idea what follow-up questions to even ask him.

I needed an education on addiction, but that education would sadly have to wait another 16 years, until I caught him yet again. The evidence, coupled with all the talk I heard about addiction from my friends and on those 5th-Sunday lessons at church, finally opened my eyes. My husband was an addict.

How I wish I could go back in time, take my young, tender-hearted self out for ice cream, and say, “Oh Sweetie, sweetie, here’s what you need to understand. At least learn these three things. There is more to learn, but for now these three could change your life.” The first thing I needed to understand when I was 24 was this: Pornography is a branch on the addiction tree; it is not the addiction. The real addiction is lust.  Addicts feed their lust addiction with pornography. But an addict also feeds his (or her) lust addiction with other sexual habits: sexually explicit books, chat rooms, fantasies about women (or men), masturbation, sexually suggestive TV shows and movies. I thought I stopped my husband’s “little problem” after the first time I caught him because I controlled the password to our dinosaur-dial-up Internet service. Presto! No more pornography problem! What I didn’t realize was that all I did was cut off one of the branches. There were other branches he continued using to feed his lust addiction. Oh, and the pornography branch eventually grew back as well. The branches always grow back. You gotta chop down the lust tree, and then kill the roots of fear, shame, low self worth, and isolation.

The second thing my younger self needed to understand was: What exactly is an addiction? When does viewing pornography go from “just a little problem” to an addiction? Well, I don’t want to get bogged down in the clinical details of when bad behavior turns compulsive, someone else can do that, but here’s one very simple definition that cleared it all up for me: If he wants to stop, but always returns, a day later or a year later, it’s an addiction. Call it an addiction, a problem, or a bad habit. The remedy is the same. All bad habits or addictions require time and effort to solve. That’s what my 24-year self didn’t understand. I simply told my husband, “Just stop!” “Just stop!” requires no effort on his part.

“Just stop!” doesn’t require him to end his isolation and seek out help.

“Just stop!” does not require a lifestyle change.

“Just stop!”’ doesn’t teach him why he does something he knows is wrong.

Saying, “Just stop!” was like wishing on a falling star. No matter how heartfelt my wish, the star kept falling and eventually crashed into something. It crashed into my heart the year I turned 40, shattering my world, shattering my marriage, shattering all trust I had in my husband. This “little problem” I thought was in the past turned out to be a decades-long  addiction.

The third thing I wish I understood is that most often pornography addictions start during adolescence. Yes, grown-mature-LDS men and women can start to view porn in adulthood, but it most often doesn’t work that way. Had I known this, I would have heard an alarm going off in my head when he said it was a two-month problem. Once caught, he tried to minimize the damage by getting me to believe this was a recent problem. I eventually learned my husband was just eleven years old when he was first exposed through a friend in his neighborhood. What does an eleven-year old boy know about what will ruin his life? His future marriage? Nothing. His brain was still developing. And so at the tender age of eleven, my husband found something to help him feel good, to comfort him, to help him cope with low self-esteem. It would have been important for me to know that a young man’s emotional growth is stunted at the age he begins viewing pornography. My husband rarely shared his heartfelt thoughts with me. He was a great listener, but a lousy sharer. He was not able to be “emotionally intimate” with me because in reality he was still that eleven-year old boy. I was starving for emotional intimacy but I thought he was just a “typical guy.” And guys don’t usually share their feelings. Mine never did.

Over the years of our marriage, I very often did feel like I was starving for “emotional intimacy” but chose instead to focus on all the good he did–reading to the children, rubbing my feet, shoveling snow from the walkways at the widow’s house next door, being a good provider, serving faithfully in callings. Now, my 40-something self knows it is ok to expect my husband to open up his heart to me. That really isn’t asking too much. That’s a normal part of all healthy marriages.

Thankfully, it is never too late to change. I didn’t know any of these things in my twenties, but it’s never too late to learn. And thankfully it hasn’t been too late for my husband to learn. To grow a new heart. To change his brain. With specialized therapy, the LDS 12-Step program, strong boundaries and rules he set for himself, and accountability to others, he’s experienced nothing short of a complete lifestyle change. All these things have been crucial to becoming a new man. The man God always meant for him to be. There’s a spiritual war going on, not unlike the physical wars in The Book of Mormon. My spiritual armor was never complete until knowledge about fighting addiction became a part of my life. Don’t be afraid to learn more. Knowledge is empowering. Truth gave me hope. It gave us a second chance.

Fourth Post: What We Wish Wish We had Known When We Were Dating: Thoughts from Wives of Sex Addicts (see also the Meridian Magazine article)

Fifth Post: What We Wish We had Known Sooner: Thoughts From Those In Recovery From Pornography Addiction

This site uses Akismet to reduce spam. Learn how your comment data is processed.